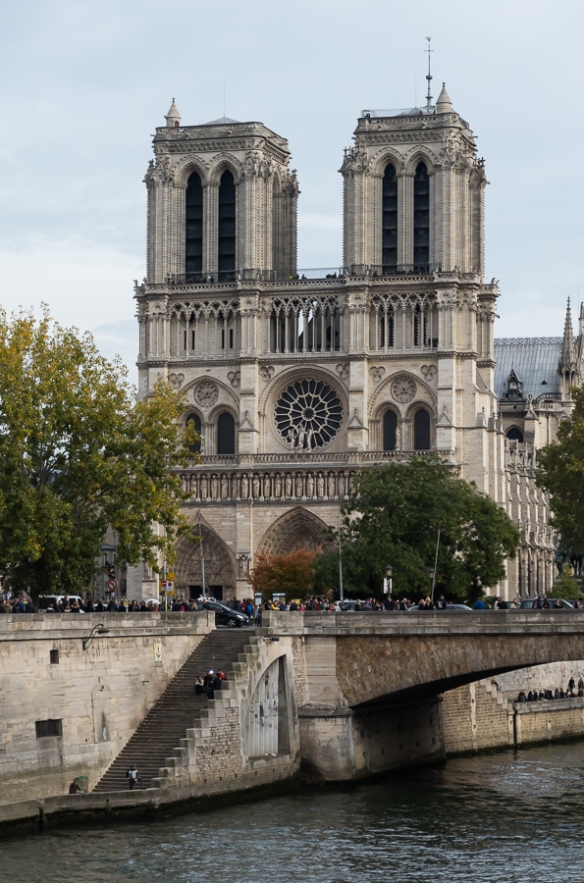 Here’s another iconic Parisian building – the Cathedral of Notre Dame. Work started on the building  in 1163 and took 170 years to complete. 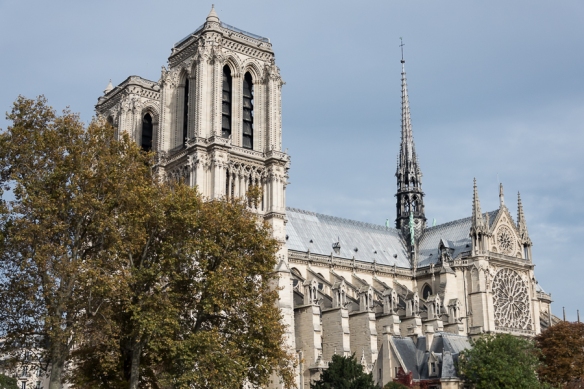 Just opposite the Cathedral on the left bank is a little haven of calm around the old bookshop Shakespeare and Co. The original bookshop was opened by Sylvia Beach in 1919 and became a gathering point for expatriate American writers such as Hemingway, Scott Fitzgerald, Pound and Gertrude Stein. Sylvia Beach also remembered as the first publisher of Joyce’s Ulysses. However that bookshop was in a different location in the rue de l’Odeon and it closed during the German occupation of Paris in World War II.

The current Shakespeare and Co was set up in 1951 by an American ex-serviceman in rue de la Bucherie and has recently opened a great little cafe next to it.