Here’s another great Greek zeimbekiko song, the latest in a little series (see here for my posts on Roza and Love Song) I’ve been doing as a result of repeated listening to the CDs of the live zeimpekiko concert that Dimitris Mitropanos gave at the Akti Peiraias with Dimitris Mpasos and Themis Adamantidis in 2005. This time the lyrics and the music are by Dionysis Savvopoulos and it’s called By plane and steamboat:

By plane and steamboat
and with our old friends
we wander around in the dark
and yet you can’t hear us.

You can’t hear us singing
with electric voices
in underground galleries
until our paths meet
your fundamental principles.

My father, Mpatis,
came from Smyrna in ’22
and lived for fifty years
in a secret cellar.

In this place those who loved
ate dirty bread
and their passions followed
an underground route.

Yesterday evening I saw a friend
going around like a goblin
on a motorbike
and dogs were running behind him.

I posted recently about the obscurity of the lyrics in the Greek song Roza which was written by Alkis Alkaios. Here’s another very well-known example of his lyrics (again set to music by Mikroutsikos) which I have been struggling to understand:

Love song
In a dug-out you come and go
while it’s pouring with rain.
You wander in the land of the Visigoths
and hanging gardens win you over
but you rub your wings together.

Saltiness covered your naked body.
I brought you fresh water from Delphi.
You said your life will be cut in two
and before I managed to deny it three times
the key of paradise became rusty.

The caravan speeds through the dust
and hunts your mad shadow.
How can the mind be calmed with a sheet?
How can the Mediterranean be bound by ropes?
My love, whose name was Antigone.

What night has taken your light
and in which galaxy can I find you?
Here it’s Attica, a grey pit,
I am a cheap shooting gallery
where foreign soldiers, swearing, practise.

Once again it is the music that turns it into a great song, in spite of its obscurity, as here performed by Mitropanos, Mpasos and Adamantidis at the Zeimbekiko Live concert in Peiraias:

Courtyard off one of the main streets in Ortygia, the old part of Siracusa, Sicily. 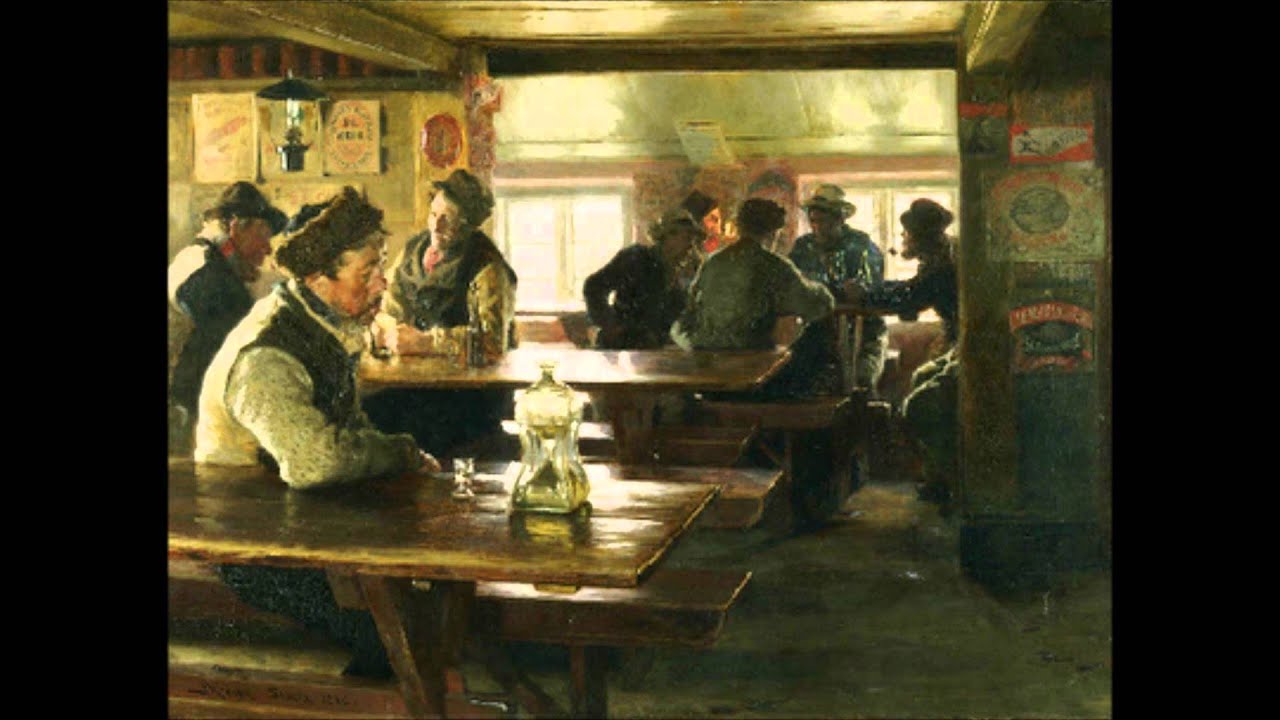 Here’s another poem I came across recently by the Greek poet Kostas Varnalis (1884-1974). Born in Burgas in what is now part of Bulgaria he studied literature and then became a teacher and journalist, before moving to Paris in 1919 to continue his studies. It was here that he became a Marxist and this poem of 1925 reflects both an awareness of the social conditions the poor together with a critique of their fatalism.

The Doomed
In the cellar of the taverna,
Amidst the smoke and swearing
(and the loud shriek of the hurdy-gurdy)
all of us were getting dunk yesterday evening:
yesterday evening, as every evening,
to drown our sorrows.

We were pressed together side by side
and someone was spitting on the ground.
O what a great torment
this life is!
No matter how much our mind is tortured
it’s forgotten in the cold light of day.

Sun and blue sea
and boundless, deep sky!
Ο! crocus-coloured gauze of dawn,
carnation of the sunset,
you shine and set far away from us,
without entering our hearts!

Someone’s father, paralysed
for ten years, same thing
for another whose wife
wastes away from consumption at home:
Mazis’s son is in Palamidi
and Giavis’s daughter in Gazi.

So in the dark taverna,
bowed down, we get drunk.
Like worms, each heel
stamps on us where it finds us.
Fearful, doomed and weak-willed together
we wait for some future miracle!
(my translation) 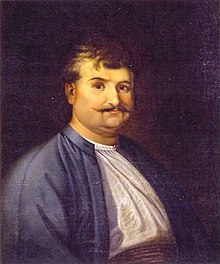 Battle Hymn is one of the most famous pre-revolutionary patriotic hymns in Greek, written in 1797 by Rigas Velestinlis, also known as Rigas Feriaos (although he was born as Antonios Kyriazis). A political thinker, writer and revolutionary in the second half of the eighteenth century, he was part of the Greek Enlightenment: that period between 1770-1821 leading up to the War Of Independence against Ottoman rule.  The Greek Enlightenment was inspired by the ideas coming out of the European Enlightenment and the French Revolution, dissatisfaction with the conditions under Ottoman rule and an increasing desire for emancipation and a Greek national identity.

Velestinlis was active in Roumania and Serbia and believed that the Ottoman Empire could be overthrown by an uprising in the Balkans. Attempting to get in touch with the French Army in Italy he was captured, tortured and strangled in transit to Constantinople in 1798.

Here’s my translation of his most famous poem:

For how long, my lads, must we live a restricted life,
alone, like lions on ridges and mountains?
Must we dwell in caves, see branches,
leave this world, because of bitter slavery?
Must we lose brothers, native land and parents
our friends, children and all our relatives?

One hour of free life would be better
than forty years of slavery and imprisonment.

What good does it do you, if you live in slavery?
Just think how you are grilled on the fire every hour.
Vizier, Dragoman, Master, whatever your standing,
the Tyrant will unjustly send you to your doom:
you work all day and whatever you are told
that Tyrant tries to drink your blood again.
Soutzos, Mourouzis, Petrakhis, Skanavis,
Gkikas and Mavrogenis are mirrors to look at yourself in.
Brave captains, priests, lay people
have been murdered, tyrants too, by an unjust sword:
and so many others, both Turks and Greeks,
lose their lives and wealth without any cause.

Come with fervour now
to take the oath upon the Cross:
to set to work energetic advisers
to give meaning to everything;
that the unwritten laws may be our one and only guide
and become a leader of our native land;
because otherwise anarchy would look like slavery;
to live like wild beasts would be a much fiercer fire.
And then with hands raised up towards the sky,
let us say to God with all our heart:

(Here patriots stand up and, raising
their hands towards the sky, take the Oath)

“O, King of the World, I swear to you,
that I will never have the same view as the Tyrants!
that I will not work for them, nor be deceived
by their promises to surrender.
For as long as I live in the world, my only aim
is to destroy them and be unswerving to my vow.
Faithful to my native land, may I shatter the yoke
and be united under our general.
And if I break the Oath, may I be struck down by Heaven
and burn up and become like smoke!”

When I started this blog, I intended to focus on photography and travel. That still remains my main aim, but for the moment my study of Modern Greek has pulled me off-track into the translation of Greek poems and listening to, and reading the texts of, some classic Greek songs.

The linguistic effort required to read and understand poems by, for example, Seferis, Elytis and Ritsos in the original Greek mirrors the effort to understand them as poems. I find it very satisfying to at least make the effort, even though I know I will never fully understand all the cultural allusions and associations. Sometimes the poems are really difficult to understand and not necessarily because they are difficult linguistically.  More often though, I find this type of obscurity in Greek songs.

I have been listening to a lot of Rembetika, the music that came out of the Asia Minor migration and invigorated Greek popular music from the early 1920s onwards. The obscurity here for me is linguistic and comes from not fully appreciating the context and the slang in the song texts.

But more recently I came across the great singer Dimitris Mitropanos and the extraordinary concert of Zeimbekiko songs he recorded at a concert recorded with Dimitris Mpasos and Themis Adamantidis in Peiraias in 2005. The recording features one of his greatest songs, Roza, with lyrics written by the poet Alkis Alkaios and music by Thanos Mikroutsikos.

It has been claimed that song is about Rosa Luxemburg, the Marxist activist and thinker murdered in the suppression of the Spartacist uprising in Berlin 1919. This association may be due to the fact that Mitropanos’s was a lifelong Communist. In fact the lyricist Alkaios always refused to explain the meaning of the lyrics despite repeated requests, especially from Mikroutsikos. Even if it actually was about Rosa Luxemburg, it doesn’t make the song’s text any easier to understand.  Here’s my translation:

Roza
My dry and parched lips
Are searching for water on the asphalt
Vehicles pass close by me
And you tell me that a downpour is waiting for us
And drag me off to a dank club.

We walk together along the same road
But our cells are separated
We are going back to a magic country
I don’t want to know any more what we are asking for
It’s enough for you to give me two kisses.

You play me at roulette and you lose to me
In a nightmare fairy tale
My voice is now the voice of an insect
My life a climbing plant
You cut me off and throw me into the void.

How does need become history?
How does history become silence?
Why do you look at me, numbed, Roza?
Forgive me for not understanding
What the computers and numbers are saying.

My love made from coal and sulphur
How has time changed you like this?
Vehicles pass over us
and in the fog and the downpour
I sleep, hungry, by your side.

How does need become history?
How does history become silence?
Why do you look at me, numbed, Roza?
Forgive me for not understanding
What the computers and numbers are saying.

Whatever it means, it’s the music that makes it a great song and carries you through the cloudiness of the lyrics and the lack of any coherent narrative. I may write some more soon about Alkaios’s lyrics because I find them so intriguing, but I would also like to write something about the challenges of real obscurity in poetry.